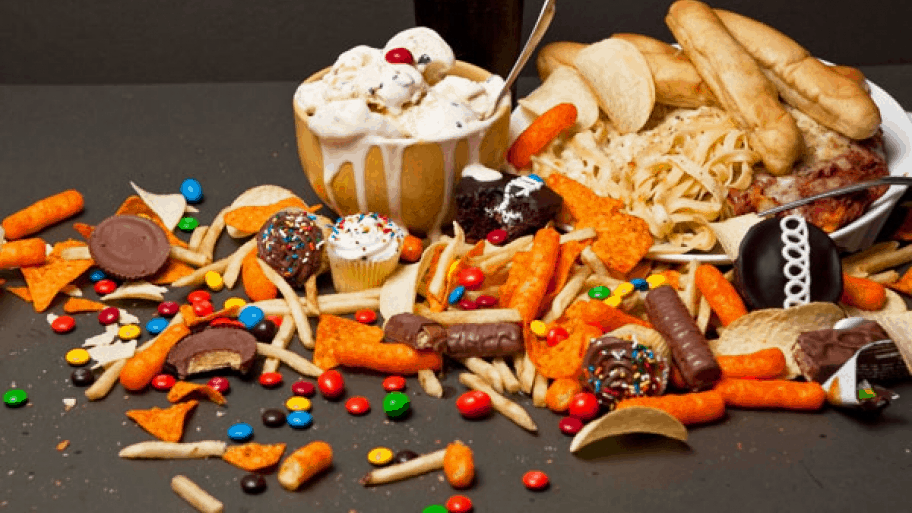 What are the most insulinogenic, low nutrient density and energy dense processed foods that everyone should avoid for heath and weight loss?

Generally I think it can be more useful to tell people what they should focus on rather than what they shouldn’t do.  It’s like the proverbial hot plate or ‘wet paint’ sign.  You can’t unsee it and you just want to touch it!

If you are busy focusing on the good stuff then you just won’t have any space left for the low nutrient density foods, especially once you start feeling  the benefits.

For the past four decades mainstream food recommendations have been dominated by a fear of fat, particularly saturated fat and cholesterol, which if, taken to the extreme can lead us towards more processed, insulinogenic, nutrient poor, low fat foods.

More recently, a growing number of people are advising that we should eat less sugar… from Sarah Wilson’s I Quit Sugar, to Robert Lustig’s Sugar: The Bitter Truth and Damon Gameau’s That Sugar Film.  Even Gary Taubes seems to be softening his stance against carbohydrates and turning his attention to sugar as the bad guy in his new book The Case against Sugar.

The World Health Organisation are imploring people to reduce their sugar intake to less than 10% of energy, and ideally less than 5%.[1]

Investment bank Credit Suisse is predicting a turn away from sugar and and back towards fat, effectively advising people to ‘short sugar’.[2]

But what is it about sugar that makes it uniquely bad?  It just the ‘evaporated cane juice’ that we should avoid?

While added sugars are not good, they’re also an easy target that everyone can get behind.  It’s easy to swing from demonising one thing to another, from fat to carbs, to sugar.

But perhaps this paradigm is overly simplistic?

If you want to maximise the nutritional value of your food, give your pancreas a break so it can keep up, you should AVOID THESE FOODS.  Most diet recommendations succeed largely because they eliminate these foods which are typically processed foods.

The chart below (click to enlarge) shows the weightings used in the multi criteria analysis for the various dietary approaches.  The avoid list turns the system on its head to identify foods that have poor nutrient density as well as also being energy dense and insulinogenic. 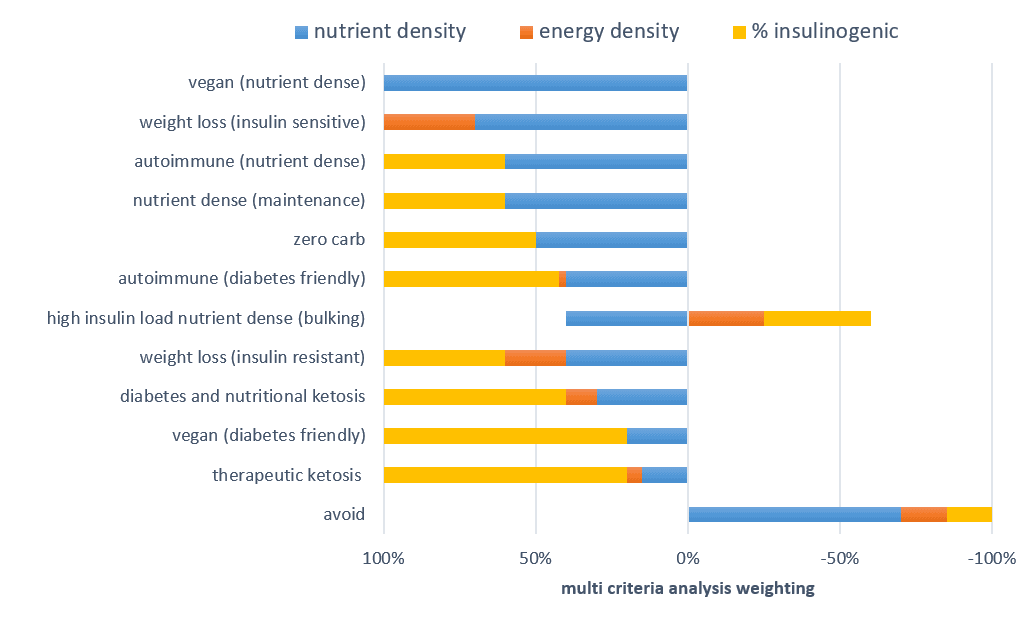 The charts below shows that, compared to the other approaches, the foods on the avoid list are energy dense… 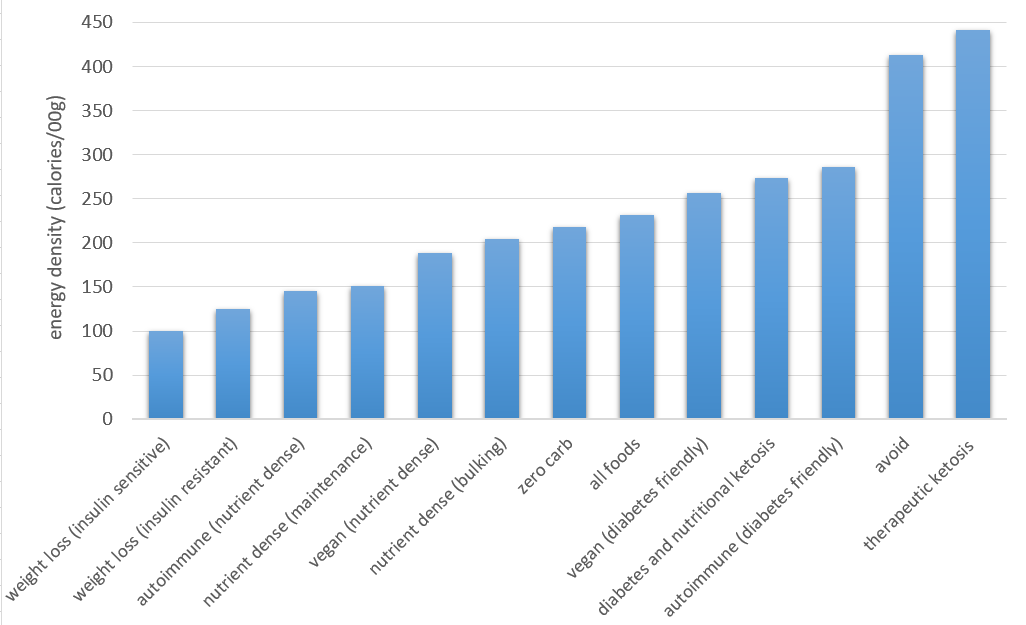 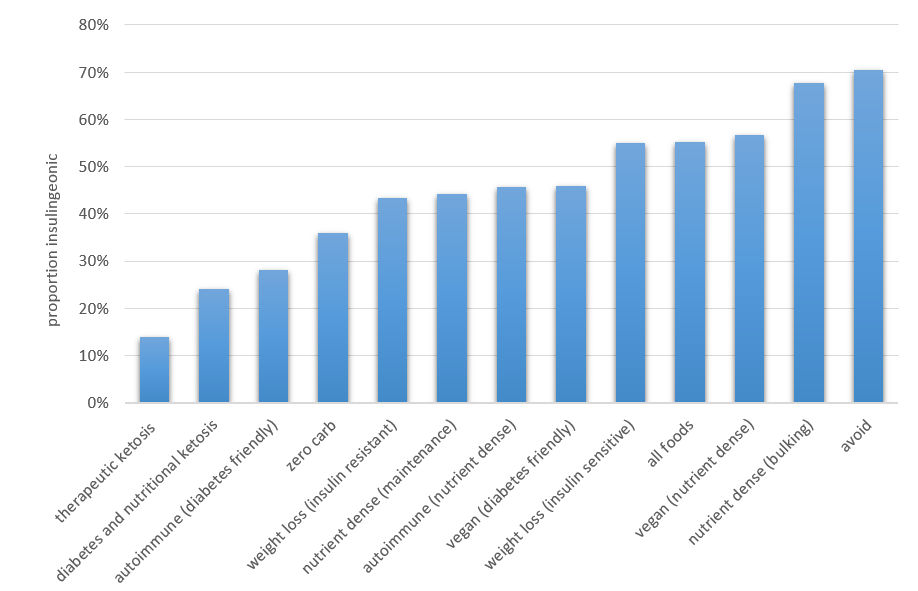 …as well as being nutrient poor, all at the same time! 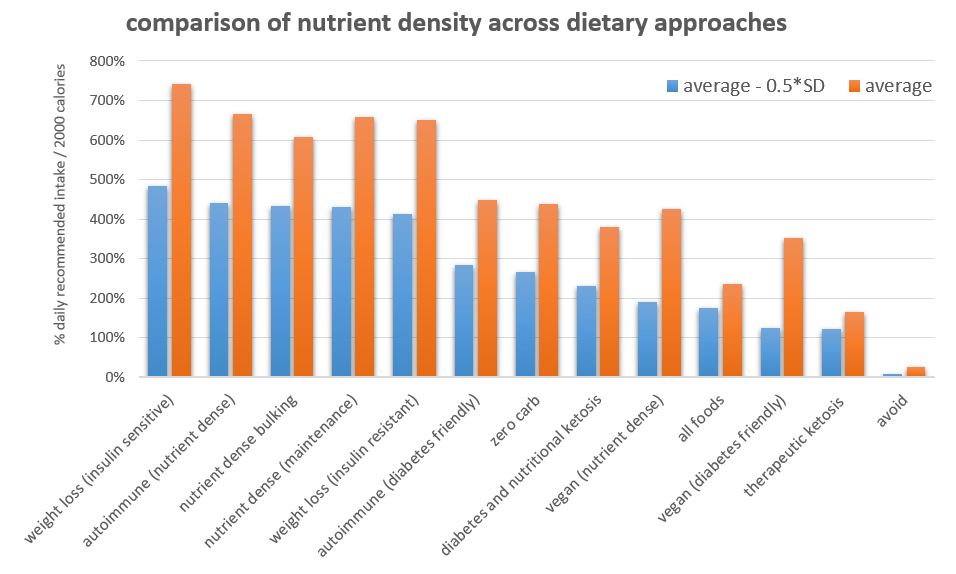 Considering any of these factors by themselves can be problematic.  But when we combine all these parameters them they  can be much more useful to identify the foods we should avoid, as well as the ones we should prioritise. 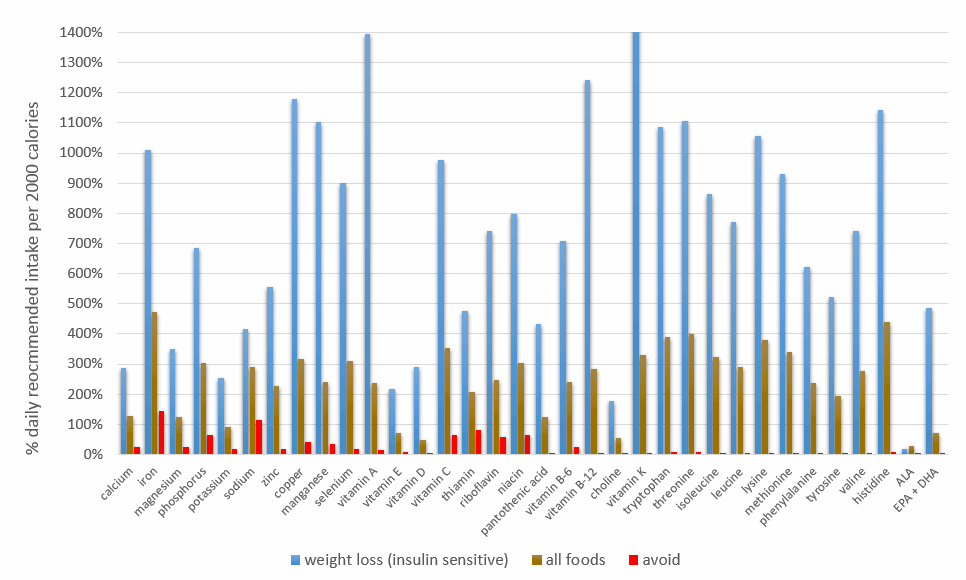 Also included in the table are the nutrient density score, percentage of insulinogenic calories, insulin load, energy density and the multicriteria analysis score score (MCA) that combines all these factors.

Sweets provide minimal nutrition while being very energy dense and highly insulinogenic.  Sugar tops the list of badness, however there are a bunch of other sweets not far behind.

Fruit in its natural state provides fibre, nutrients with a lower energy density.  However fruit juice and dried fruit has a much lower nutritional value and are much more insulinogenic.

Processed grains are cheap and have a long shelf life, however the processing removes most of the fibre and most of the nutrients which means they are highly insulinogenic and energy dense.