There are plenty of different views on fat and saturated fat and very little agreement between the extremes.

If you spend much time trying to research the issue you will likely come away confused after trying to understand the implications of the epidemiological and rodent studies.

People are also very passionate on both sides of this argument.  It can be hard to know which guru to believe.

Is saturated fat the greatest dietary villain or saviour leading us from the wilderness of the low fat dark ages?

You may be aware that the USDA Dietary Advisory Committee recently changed position on dietary cholesterol and removed their upper limit on fat.[1]  They did however retain their recommended upper limit on saturated fat (10% in the USA and 11% in the UK).

As noted by Dr Frank Hu in the video below, the upper limit is not based on any specific research that higher levels of saturated fat are dangerous, but rather the fact that what they consider to be healthy diets (e.g. Mediterranean, Ornish etc) were within these upper limits.

Over the last four decades massive industries have developed around the concept of lowering cholesterol in your blood through diet or drugs in order to reduce your risk of heart disease, so there is going to be a high degree of inertia that will make any change in thinking happen slowly at best.

With all the concern and confusion about saturated fat I thought it would be interesting to check the saturated fat content of the highest ranking foods identified by the food ranking system to see how they compare with the upper limits.

The table below shows that none of the food lists exceed the recommended upper limit for saturated fatty acids.  Even the diabetic friendly low insulin load approach with half the energy coming from fat has a saturated fat level less than 11%.

So it seems that focus on nutrient dense whole foods we end with moderate, but not excessive, levels of saturated fat.[2]

what happens if we get rid of all saturated fat?

It’s always useful to test a theory by looking at what happens at the extremes.

I starting wondering about the relationship between saturated fat and nutrient density.

“What would happen to nutrient density if you removed ALL saturated fat?”

“Does avoiding saturated fat affect nutrient density for the better or worse?”

The chart below (click to enlarge) shows the essential nutrients for foods that have no saturated fatty acids (SFA) compared to vegetables, seafood and the most nutrient dense foods.

This analysis indicates that if you eliminate saturated fatty acids the nutrient density plummets!  As you can see from the little red bars on the graph, you might be able to obtain solid levels of Vitamin C and Vitamin A from a diet with no saturated fat but everything else is abysmal!

how does SFA influence nutrient density?

So eliminating saturated fat completely doesn’t appear to be such a great idea.   But what does the other extreme look like?

I sorted the 7000+ foods in the USDA database by their saturated fat content and divided them into four equal “quartiles”.  The table below shows the SFA as a percentage of calories for the different quartiles.  Interestingly, only the highest quartile exceeds the arbitrary limit for saturated fat (i.e. 13% compared to the 10% arbitrary upper limit in USA or 11% in the UK).

I think the most interesting observation here is in the right hand column.  The more you try to avoid saturated fat the more insulinogenic your diet ends up being.  That is, in the avoidance of saturated fat you may end up exacerbating any genetic propensity that you may have towards insulin resistance and diabetes by eating foods that require your pancreas to produce high levels of insulin to keep up!

One of the challenges with the low fat approach is that the avoidance of fat can often lead to increased consumption of highly processed, highly insulinogenic foods which tend to be a problem for people who are insulin resistant.

In the 70s when they started to encourage people to eat less saturated fat (which was associated with fried junk food) people didn’t eat more vegetables as they’d hoped.  Instead people ate more processed foods that now had to be sweetened with sugar to make sure it didn’t taste like cardboard.  Some would argue that this increase in low nutrient density carbohydrates has been a major contributor to the current obesity epidemic. “Replacement of saturated fat by carbohydrates, particularly refined carbohydrates and added sugars, increases levels of triglyceride and small LDL particles and reduces high-density lipoprotein, cholesterol, effects that are of particular concern in the context of the increased prevalence of obesity and insulin resistance.”[3]

The chart below (click to enlarge) shows the nutrient density for the various nutrients for each of the saturated fat quartiles.  While it’s hard to digest all the detail on this chart it appears that, the third quartile (i.e. more saturated fat than average) tends to have the highest nutrient density on average however the second quartile is more consistently high (i.e. less highs and low).

The chart below shows the average of the nutrient density across the quartiles of saturated fat.  The lowest quartile has the lowest amount of nutrients both in terms of average and being consistently high.  The foods that are the highest in saturated fat have more nutrition than the foods low in saturated fat.  However the second and third quartiles have the most. what’s the latest on saturated fat? 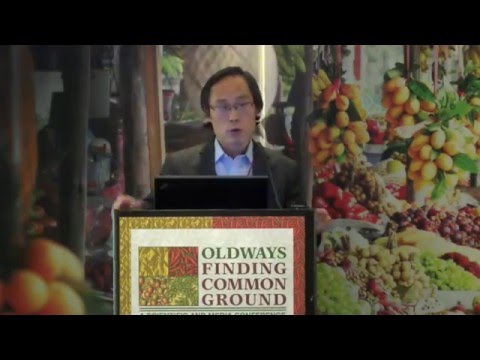 The most interesting paper I have found on the topic is Saturated fat and cardiometabolic risk factors, coronary heart disease, stroke, and diabetes: a fresh look at the evidence by Dariush Mozaffarin[4] which indicates that, while total cholesterol in the blood may increase with increased dietary saturated fat, the changes in HDL and total cholesterol : HDL ratio are positive. When we look in more detail it seems that saturated fats such as 14:0 and 16:0 (typically found in dairy) have positive effects on HDL and insulin sensitivity. So in the end it seems the case for or against saturated fat is confusing at best (see the Good Fats, Bad Fats article for more detail).

More recently there has been a more thorough analysis of the data from the Minnesota Coronary Experiment (1968 to 1973) on which the diet-heart hypothesis was based and which has driven the avoidance of fat in the western diet.[5] [6] [7]   The understanding based on this original research headed up by Ancel Keys, was that increased fat raises ‘bad cholesterol’ which leads to heart attacks.

Does the more rigorous analysis of the full data still support this hypothesis?    To quote from Professor Grant Schofield:[8]

The diet-heart hypothesis says that saturated fat raises cholesterol and thus causes heart disease.  Widespread acceptance of this idea has shaped the way we look and how we eat more than anything else in the history of health and medicine.

So, 40+ years on. Here it is in all its glory, published in the BMJ no less. What did they find?

“Available evidence from randomized controlled trials shows that replacement of saturated fat in the diet with linoleic acid effectively lowers serum cholesterol but does not support the hypothesis that this translates to a lower risk of death from coronary heart disease or all causes.

“Findings from the Minnesota Coronary Experiment add to growing evidence that incomplete publication has contributed to overestimation of the benefits of replacing saturated fat with vegetable oils rich in linoleic acid.”

That’s right, there was no support for their hypothesis in a randomised trial of more than 9500. Replacing saturated fat with Omega 6 fat did reduce cholesterol, but as we’d predict had no effect on heart disease.

The one effect they did see was that older subjects who lowered their cholesterol had higher overall mortality.  Yes, cholesterol lowering in older adults caused more death. This is an effect already seen in some population studies.

So it seems that the diet-heart hypothesis that tells us to avoid fat, particularly saturated fat, is on shaky ground these days.

So, should we avoid fat at all costs?

Or, after all these years of being told to avoid saturated fat should we rebel and make up for lost time?

As with most things, optimal lies somewhere between the extremes.

Perhaps if we focus on nutrient dense whole foods then issues like dietary fat and cholesterol will look after themselves?