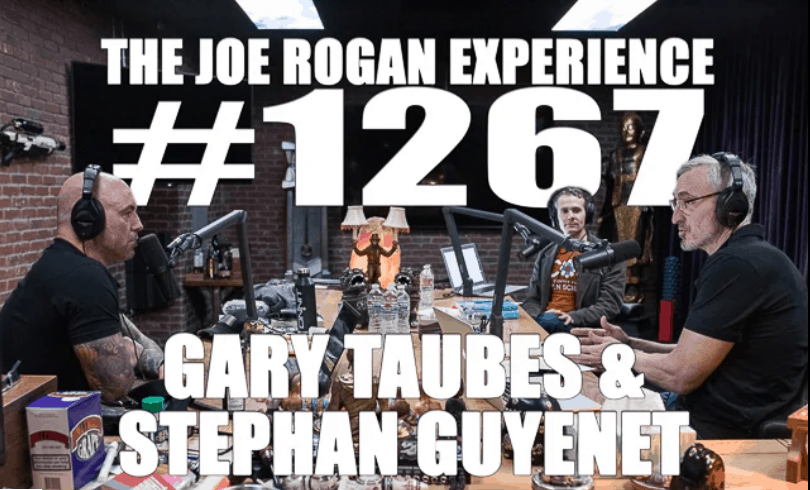 If we really want to get to the root cause of an issue, we need to be inquisitive.

We need to keep asking ‘why’.

Only once we’ve adequately defined the problem and established the root cause can we design an effective solution.

Inspired by the recent Joe Rogan debate between Gary Taubes and Stephan Guyenet (which left me a little unsatisfied ) I thought it would be interesting to use an iterative interrogation technique (the five whys) to get see if we could get closer to the root cause of why we get fat and our current diabesity epidemic.

The simplistic example of the five whys below shows how we can use this technique to get to the root cause of an issue and enact the appropriate solution.

We are currently experiencing unprecedented growth in obesity and diabetes. We are all getting fatter!

This growth in “diabesity” is having diabolical effects on our quality of life. There is an ever increasing burden on our health care systems and economies globally.

At the same time, we are also experiencing unprecedented (and unsustainable?) levels of population growth.

Some would even call it an ‘outbreak’. We will need to be creative to navigate the continued success of our species over the coming decades.

We are seeing an ominous trend in rising BMI, blood glucose and HbA1c.

Humans are adapted to store excess energy as fat to prepare for leaner times in the future.

There is more food available today than ever before, and most people are consuming more energy than they are using.

Once our fat cells fill to beyond our Personal Fat Threshold, the excess energy spills over into our bloodstream and we see elevated blood glucose levels, high triglycerides, elevated ketones and excess fat gets stored in our vital organs.

This build-up of extra energy in our system is behind many of our modern metabolic diseases.

While most of us are aware of the concept of energy balance, we struggle to solve the problem with the (overly simplistic?) admonition to ‘eat less and move more’. We are driven by our appetite to eat more than is good for us.

Due to the changes in modern agricultural practices, subsidies and the expanding use of fossil fuel fertilisers, our modern hyper-palatable foods are becoming cheaper to produce and therefore more plentiful.

We have been very creative in our use of available resources and technology to ensure that there is plenty of food available to avoid starvation.

In 1931 Carl Bosh received a Nobel Prize in Chemistry for perfecting the process of creating synthetic fertiliser. Today, a little more than one percent of the world’s industrial energy is devoted to producing fertiliser. According to futurist Ramez Naam, “that one percent roughly doubles the amount of food the world can grow.”

Our ability to artificially fix nitrogen to make fertiliser is responsible for the prevailing diets of 45% of the world’s population, feeding around 3.25 billion people.

There has been a massive increase in the availability of both starches and refined seed oils in our food supply.

The growth in both refined starches (from wheat and corn) and fat (mainly from unsaturated oils) since the 1960s is strongly correlated with our obesity epidemic.

But more than anything, it’s the combination of fat and starch that drives us to overeat. We seem to have “no off switch” for these foods that seem to trigger our gorge instincts.

In the past, flavour and colour in our food was an indication that it contained the nutrients and energy we needed to survive and thrive. Our sense of taste and smell are highly adapted to ensure we get the micronutrients and macronutrients we need in the right quantities to meet our current requirements.

However, to compensate for the decreasing nutritional content of our food while keeping sales high, we have found new and creative ways to make our food look and taste as if it contains a lot of levels of nutrients. We have raised our bliss point such that the natural food that actually contain essential nutrients is no longer attractive.

I encourage you to take a moment to think of what your life would be like if we hadn’t created synthetic fertiliser, artificial flavours or colours. How would your diet be different?

Neuroscience researchers like Stephan Guyenet are just beginning to understand how complex and interrelated changes in the milieu of hunger signalling hormones that act in our brain (e.g. dopamine, leptin, , PPK, GLP-1 etc.) drive us to seek out more energy to maintain a higher body weight set point.

This increase in energy in our diet and stored on our body causes a rise in insulin and a reduction in glucagon to enable our body to store the energy rather than releasing into our bloodstream for use.

Our pancreas continues to pump out more and more insulin as long as we have a constant supply of energy coming in via our mouth. To be clear though, unless you are injecting insulin, hyperinsulinemia merely follows excess calories.

Foods that require more insulin over the short term do not cause you to eat more over the long term. The reality actually seems to be the reverse. “Fat to satiety” does not actually work to control your intake of food when you also avoid protein.

The case against sugar or carbohydrate is also not exactly watertight when we look at the long term data.

While it’s fascinating to talk about all our endocrine hormones, we have to admit that we actually know very little about how we can actively manipulate them to reliably give us the outcomes we want.

It’s fascinating to know that we get a dopamine hit as part of our food reward pathways when we eat certain hyperpalatable foods, but wouldn’t it be more useful to understand why those foods give us that dopamine hit?

Neither the insulin from your pancreas or the hormones that act in your brain are the root cause our diabesity outbreak. We need to dig further to really understand the problem if we are going to find a useful solution.

Just like everything else in nature, the human species is highly adapted for survival.

While it’s easy to forget in our modern world with all this talk of moving to Mars, but we are intrinsically part of nature.

Our instincts work synergistically with the unique foods available in each season to help us survive the coming season.

While the temperature extremes and environmental pressures vary depending on the distance from the equator, as a general rule:

Like Beadnose the bear (shown in both photos below shown four months apart) we are programmed to gorge on fat+carb foods that are more plentiful in autumn to prepare for the coming winter.

It’s not a matter of willpower or guilt-ladened self-control. It’s actually more of a biological inevitability. You are programmed to over consume hyperpalatable fat+carb foods whenever they are available.

While there are undoubtedly many other factors that play a role in the obesity epidemic (e.g. labour saving technology, cup holders in cars, motorised transport, sedentary recreational habits etc.), the food we eat is undoubtedly a significant factor.

Our modern food system has progressively become a more and more autumnal combination of fat+carbs. This phenomenon appears to be one of the primary drivers triggering us to eat more.

So if we accept that a nutrient-poor processed starch+fat food is a major contributor to the problem, we have a better chance of designing an effective solution.

The solution is not necessarily either a low carb/ketogenic diet or a high carb/plant-based diet, but rather ensuring that we stay away from foods and meals in the hyper-palatable hyper-autumnal carb+fat zone that is essentially the formula for modern junk food.

Either low carb or low-fat diets tend to help us lose weight.

But we always gravitate back towards the irresistible hyperpalatable carb+fat foods whenever we have the chance.

The secret ‘hack’ to managing your appetite so you naturally want to eat less is to:

And for bonus points, you can use modern technology to focus on the foods and meals that contain the micronutrients you are not currently getting a lot of. Funnily enough, these foods also tend to be very satiating.

Click here on your computer to view an interactive version of this chart.

Full disclosure… Stephan and I have interacted a little previously when he generously reviewed my Systematising Satiety article after seeing that the carb+fat over consumption phenomenon was similar to what he had written about in his book.

In this interaction on Twitter after the debate, he indicated that some of the concepts in his notes (that he didn’t get to in the Joe Rogan interview) had been influenced by some of my thinking. But he also indicated that he doesn’t buy into the autumnal narrative (yet) and that it would be hard to test.

What I like about the evolutionary/autumnal/nutrient density/satiety model is that, whether or not you buy into the narrative, it works in practice. It aligns with what we see in free-living humans when they eat this way.

I do really like low carb because it gets people out of the carb+fat hyper-palatable zone. But after years of trying it in my own life, analysing it and I don’t see that the carbohydrate-insulin model is the correct way to explain what we see. And the risk of following it all the way to its natural conclusion end in: