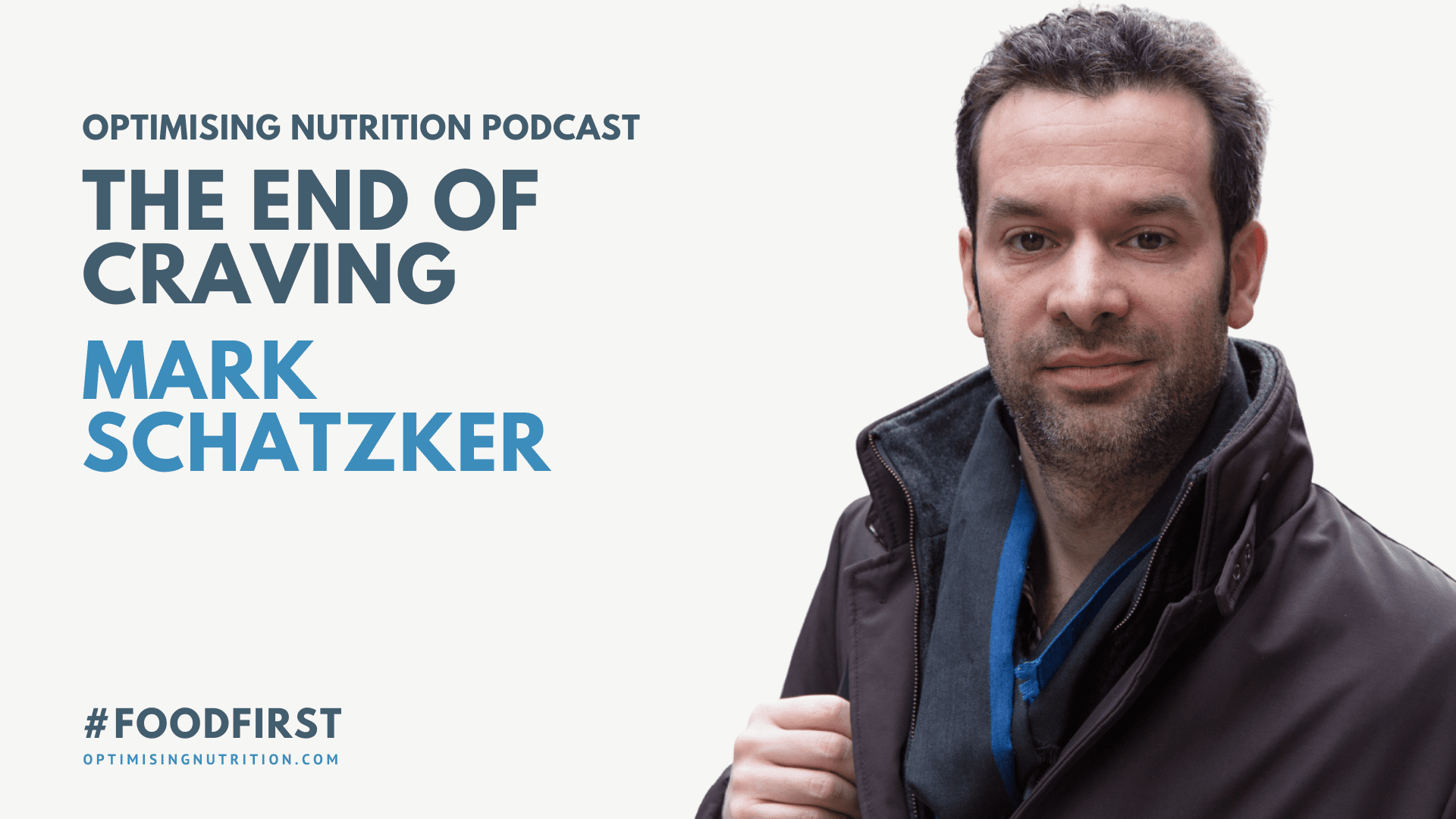 It was an honour to chat with Mark Schatzker about his new book, The End of Craving: Recovering the Lost Wisdom of Eating Well. I’ve been a MASSIVE fan of his work since reading The Dorito Effect: The Surprising New Truth About Food and Flavor.

Many diet authors blame the obesity epidemic on a single smoking gun (e.g. carbs, fat, tasty food etc.). However, Mark wades through the complicated situation in a fascinating narrative that gives a sense of wonder and mystery to the complex interplay between appetite, flavour, taste, wanting, and liking.

Once you have a deeper understanding of how food manufacturers have exploited our neurobiology, you will understand why it’s so important to seek out food that naturally tastes great because it contains the nutrients your body requires. Conversely, if your body doesn’t trust that the smell, flavour, and texture of your food aligns with the nutrients and energy it provides, your appetite will become risk-averse and seek out more food, just in case.

One of the narrative threads in The End of Craving discusses the differences in how the US and Italy individually addressed the Pellagra epidemic in the 1930s, a condition resulting from a lack of dietary vitamin B3 from a diet too rich in corn and fat.

The U.S. decided they would address the issue with science by fortifying their foods with synthetic versions of the nutrients they were missing.  Meanwhile, the Italians saw food as a cure, not the cause, and encouraged their people to keep rabbits for cheap meat and drink cloudy wine containing yeast that provides B vitamins.

Today, the areas in the U.S. that once were called the ‘Pellagra belt’ now make up ‘the obesity belt’.  In contrast, Italians are some of the leanest people in the world and are famous for having some of the most sumptuous edibles on the planet.

Mark also draws attention to experiments in the 1960s where pig farmers realised they could grow pork more quickly without their livestock getting sick by keeping them indoors and feeding the diet high in corn fortified with B vitamins. As a result, the pigs would chow down on more fortified grains and achieve historically unprecedented growth rates.

Shortly after this discovery, food manufacturers ramped up the fortification of breakfast cereals and other processed foods for humans.  Initially, this looked like fortification benefited the public.  However, it’s now evident that we’re more likely to continue to chow down on highly processed foods without stopping and negating cravings for foods that naturally contain nutrients.

I read The End of Craving while analysing an amassed 125,761 days of macronutrient and micronutrient data from 34,519 people who have used Nutrient Optimiser to fine-tune their nutrition. It was fascinating that we crave foods that contain more of these nutrients in the amounts found in nature. However, once levels of select nutrients like B1, B3, iron, and folate exceed natural levels from supplementation or fortification, we seem to simply eat more processed foods without getting all the other nutrients we require!

I hope you love this chat with Mark, and I highly recommend his books to understand the beautiful complexity of modern nutrition.

Subscribe and listen to the Optimising Nutrition Podcast at:

1 thought on “The End of Craving | Mark Schatzker”