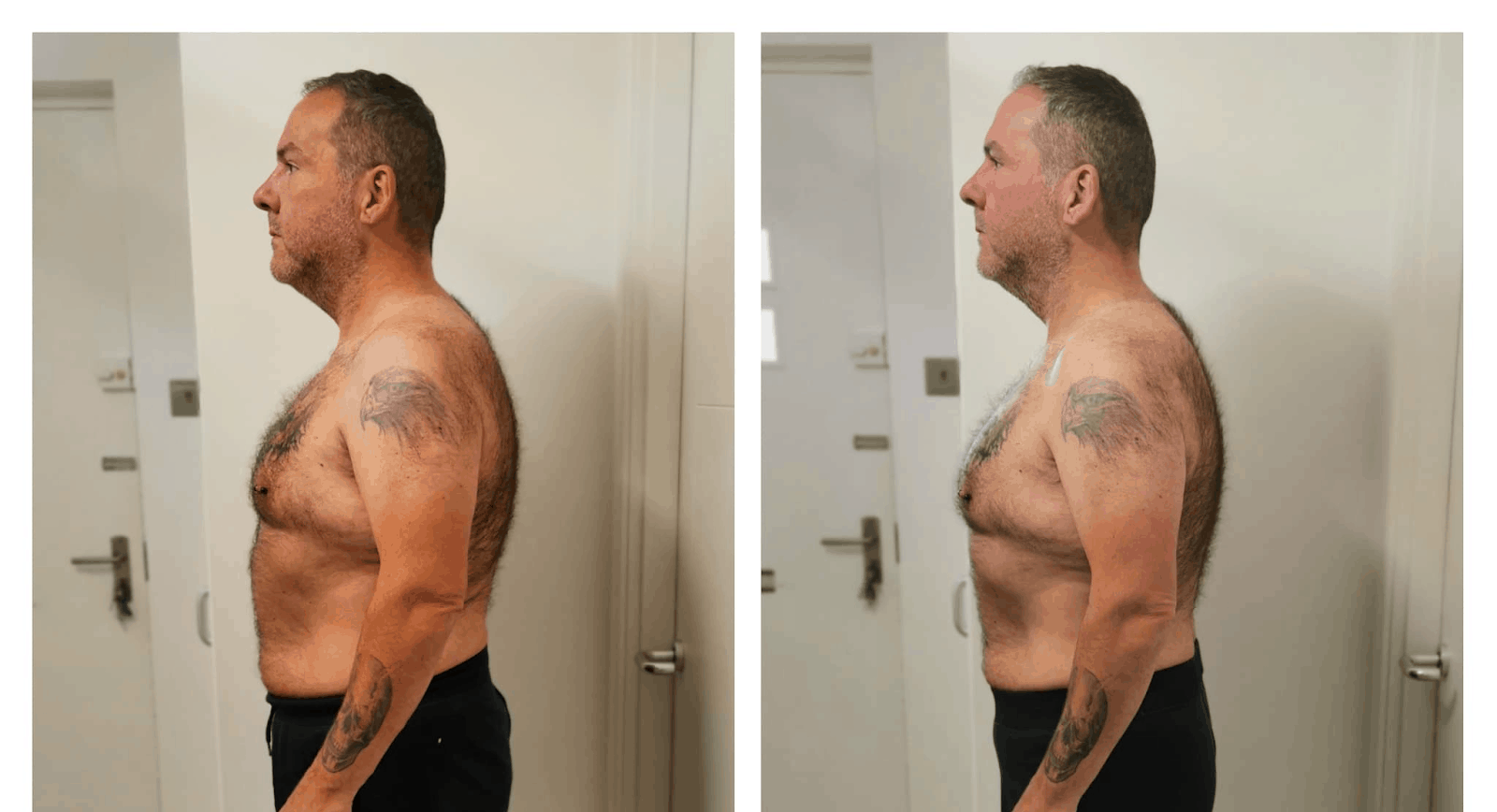 Congratulations to Mark, who topped the weight loss leaderboard in our recent Data Fasting 30-day Challenge with a massive 21 lbs (9.4% of his body weight) over four weeks.

During his journey, Mark shared some nuggets as he learned and progressed that we decided were too good not to share.

Coming into the challenge, Mark was no stranger to the concept of fasting.  But he was one of the many people that tended to regain weight after every fast that he did.

Losing and regaining the same weight over and over seems to be one of the most common challenges with most approaches to fasting.

However, after he started to follow the guidance given by his own body, the weight quickly began to fall off.

He enjoyed learning the finer points of how his body used the fuels he was giving it and how he could measure the right things to continue to move toward his goals.

Mark even started to feel a little smug as he saw the contrast between what he was learning and experiencing with DDF compared to the previous approaches he had followed.

Like many people, he found dialling in his Main Meal earlier in the day helpful.

Mark had already lost a lot of weight, but using his blood glucose as a fuel gauge seemed to be the secret to getting the rest of the weight off.

He was spurred on by his results.

He found that getting to bed earlier helped reduce his temptations to continue to eat late at night.  Aligning his main meal with his circadian rhythm was another technique that he found super useful.

He found that stopping eating earlier in the day also helped lower his waking blood sugar.

He also learned to prioritise nutrients and manage his fuel (fat and carbs) to ensure continued progress.

As you can see from his spreadsheet below, Mark was diligent in filling out his tracking spreadsheet.  As he chased a lower pre-meal trigger, weight, body fat and his waist followed.

We are big advocates of tracking the right things to measure and manage progress.  Most people seemed to love tracking. However, we are conscious that we want the minimum effective dose of tracking to minimise overwhelm and maximise sustainability.

He learned that managing his fat intake was a key part of reducing his blood sugar across the day.

The cool part of the story is that both Mark and his wife Louise did it together and both got terrific results!

How sweet is this?  Nothing like a coupling together on the same journey. #couplegoals

Mark even learned to predict his blood sugar based on his hunger.

Once you have retrained your body to sense real hunger, in time, you can learn to manage your intake again without any external devices such as calorie-tracking apps or even the blood sugar meter.

Mark learned that elevated insulin is not caused by obesity (a commonly held, but incorrect belief); it is merely a symptom of obesity.