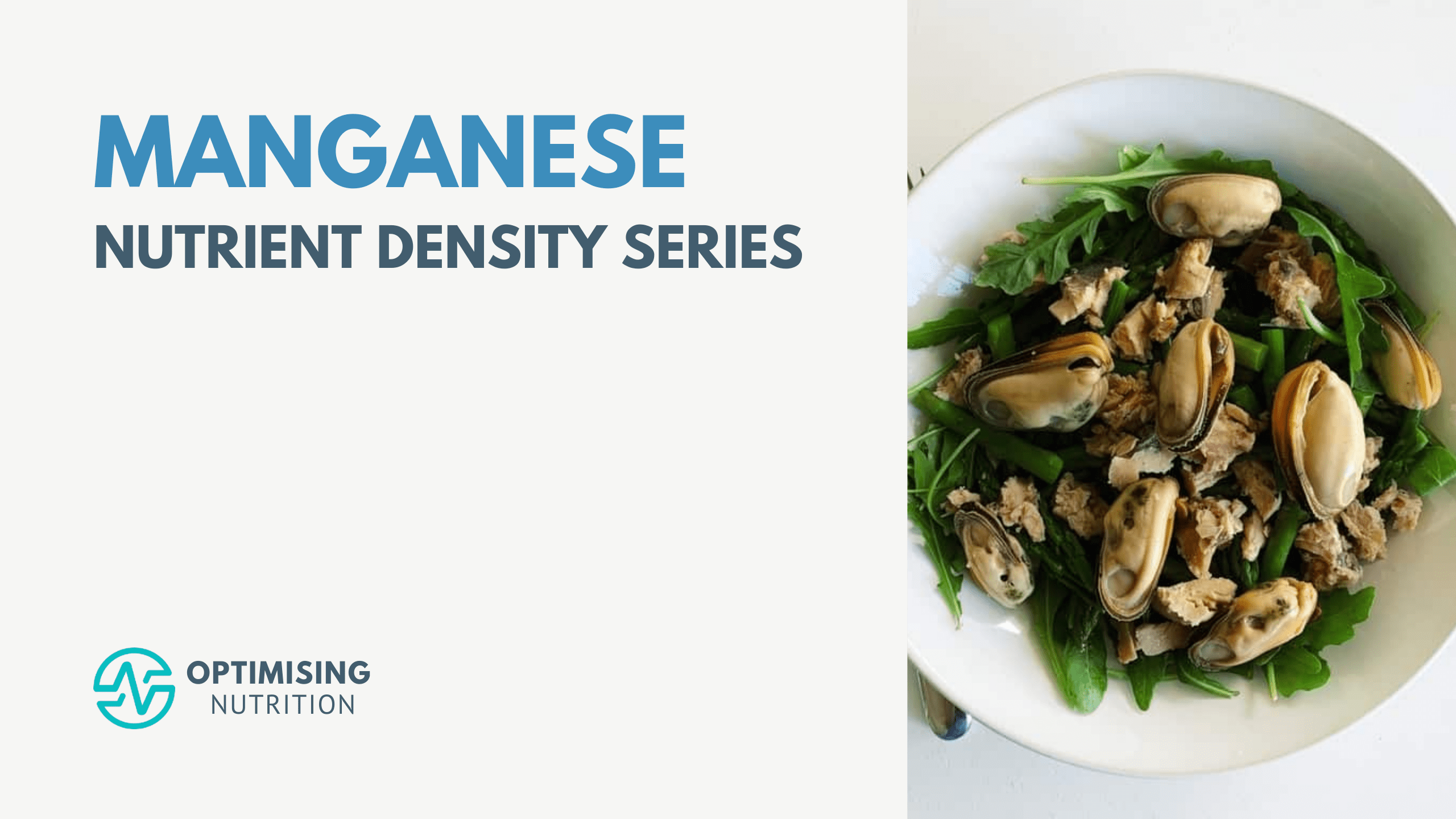 Manganese is an essential trace mineral.  This means the body requires small amounts of manganese for normal bodily function.

What Are the Roles of Manganese in the Body?

Despite its role in so many different bodily processes and systems, manganese is a mineral we require only in small (trace) amounts.  Hence, consuming excess manganese from isolated supplements for long periods or coming into contact with industrial forms of manganese could lead to toxicity.

Manganese is found readily in plant foods like fruits and vegetables.  For this reason, it is not considered a nutrient of concern for someone following a plant-based diet.  Foods that contain more manganese include:

Fruits and vegetables are excellent sources of manganese.  Plant foods also include other synergistic nutrients that help to support manganese’s role in the human body.

Shellfish like mussels, clams, and oysters are arguably the best sources of bioavailable manganese.  No other animal source compares.  These foods should be prioritised and included regularly in a carnivorous diet for this reason.

Some of our most manganese-rich NutriBooster recipes include:

You may need more manganese if you:

Manganese is essential because we cannot make it.  However, we only need a tiny amount of it, so we don’t know much about what constitutes a minimum or optimal intake.

Limited data on deficiencies relating to a lack of manganese exist.  As a result, the Adequate Intake has been set at 5.5 mg per day for men and 5 mg per day for women based on the average intake In healthy populations.

People following a carnivorous diet with minimal plant products tend to fall short of the Adequate Intake levels for manganese.  However, this may not be a concern given the lack of data on the basis for minimal intake levels and levels that cause deficiency.

Based on our satiety analysis, we have set a stretch target of 5.5 mg per day for men and 4.4 mg for women.

Manganese works synergistically with vitamins B1, C, K, biotin (B7), choline, copper, iron, zinc and glucosamine.  This means manganese requires all these nutrients to do its job.

For this reason, we recommend getting manganese from nutrient-dense foods to ensure you get enough of other necessary vitamins and minerals.

The nutrient fingerprint chart below shows that it is easy to meet the minimum intake levels of manganese from a nutrient-dense diet.  Because manganese is found readily in plants, foods with more manganese tend to have more fibre.

How Can I Calculate My Manganese Intake?

If you’re interested in checking if you’re getting enough dietary manganese, you can check your nutrient profile using our Free 7-Day Nutrient Clarity Challenge Challenge.