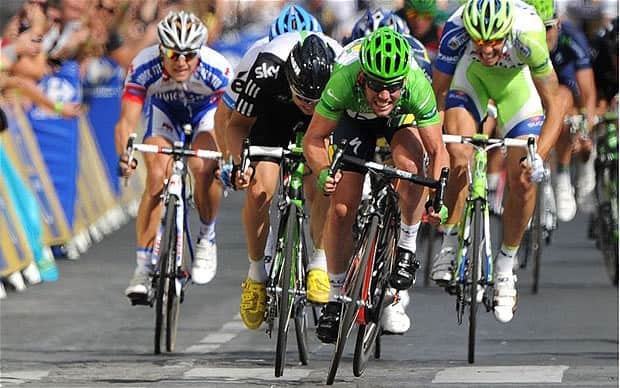 Nutrition for athletes and the metabolically healthy

I became interested in the concept of low carbohydrate fuelling strategies when I started commuting to work on my bike.

The first problem is that I live 30km (18 miles) from work, but still chose to ride, both ways, in an effort to get fit and lose weight.

The second problem was that when I got home after riding 60km I just wanted to eat until I stopped feeling hungry.

The third problem was that when I weighed myself, in spite of the massive amounts of exercise that I was doing, the scale wasn’t moving in the direction that I wanted it to!

I had heard that athletes such as Ben Greenfield [1], Tim Olsen [2], Zach Bitter [3] and Sami Inkinen [4] were blowing away records using a restricted carbohydrate approach.  I wanted to be just like them.  Even a little bit.

Typical preparation for endurance events involves “carbing up” with large doses of pasta before an event and precise timing of added simple carbs such as gels during the event to keep the glycogen fuel tank full.

One of the challenges for endurance athletes is staying fuelled without gut issues from constant ingestions of sugar gels and sports drinks.

The often used analogy is that being an athlete on a high carbohydrate diets is like being a fuel tanker constantly having to stop at the gas station to fill up. [5]

The advantage to using a ketogenic fuelling approach is that we train our bodies to be “metabolically flexible” and able access our body fat in addition to the stored glycogen in our liver and muscles for fuel.

The results below show how someone who is metabolically flexible will obtain a larger proportion of their fuel from their body fat meaning and become less dependent on refuelling with carbohydrates.

Aside from endurance performance, there are a number of reasons that you may want to control your control your carbohydrate intake if you’re an athlete:

when is a ketogenic diet not a good idea?

There can also be some advantages in having your glycogen fuel tank full for explosive power in intense exercise.  Some people choose to “train low, race high”, meaning that during a race you can keep your glycogen stores reserved for intense burst efforts such as sprinting to the finish line. [8]

Minimising carbs most of the time and adding a few more for ‘game day’ can be a good strategy to maximise performance.

how much carbohydrate do you need?

Insulin is required to grow muscle (and store fat). [9]

Body builders use a protein shake or simple carbs to spike insulin and support muscle grown (anabolism) before or after a workout. [10] [11]  Some will even inject insulin before a workout to maximise muscle growth.

Programs such as the TKD or John Kiefer’s Carb Backloading [12] or Carb Nite [13] is designed for physique competitors wanting the benefits of ketogenic diet without burning themselves into the ground or stalling in the long term.  It should be noted though that this approach is not necessarily ketogenic or optimal for long term health.

Ben Greenfield recommends endurance athletes aim for a lower level of carbs most of the time (say 10%) but then increase carbohydrates to around 30% from real whole foods before and / or after demanding exercise.

Cerial Killers 2: Run on Fat [14] tells the story of Sami Inkinen working with Steve Phinney to refine his diet to 70% far, 20% protein, 10% carbs to undertaken the caloric equivalent of two marathons a day for fourth days to row between San Francisco and Hawaii, proving that you don’t need many carbs at all to undertake intense exercise. [15]

Keep in mind too that if weight loss is your goal then shorter bursts of intense exercise will raise your metabolism without leaving you wanting to eat everything in sight.  Extended cardio may leave you hungry to a point that you may just eat all the calories that you just burned, then some, particularly if you’re not yet fat adapted.

can you handle it?

If your blood sugars are drifting up then it might be time to take evasive action and prioritise your long term health over short term sports performance.

Professor Tim Noakes has stated that he believes that no athlete needs more than 200g of carbohydrates per day. [16]  Noakes himself, the author of the Bible of carbohydrate fuelling for endurance athletes, [17] switched to a low carb diet after realising that he had become a type 2 diabetic after years of following his own high carb fuelling strategies.

Similarly, Sami Ikenin [18] became a low carb advocate after realising that his high carb diet that he was following had led him to become diabetic.  After he switched to a restricted carb approach, he improved his triathlon performance and recently rowed from California to Hawaii on a 70% fat diet to raise awareness of the dangers of sugar. [19]

what should I eat?

Cost is also a consideration given that an athlete might be consuming larger amounts of food than someone trying to lose weight.  The resultant food rankings are shown below.

Vegetables, as always do well, with spinach and mushrooms at the top of the list.  Sweet potato scrapes in at the end of the vegetables as good nutrient dense high carb option.

A number of grain based foods such as rice and oats make the cut due to their nutrient density and low cost.  There’s been plenty of debate around the topic of ‘safe starches’ [22] however I think it depends on your context.  If you’re active and keeping your blood sugars under control then things like rice, and potatoes may be useful to speed recovery around intense exercise if you feel the need.

A number of breads make it into the list due to the fact that they are a low cost source of nutrition.  However many people will avoid these due to concerns over gluten leading to a leaky gut etc.

There are also more fruit choices on this approach if you’re not worried about blood sugar.

I’ve also developed this ‘cheat sheet’ using this approach to highlight optimal food choices depending, wither they be reducing insulin, weight loss or athletic performance.   Why not print it out and stick it to your fridge as a helpful reminder?

An example daily meal plan using the highest ranking foods is shown below.  For breakfast we have bacon with spinach and eggs, a salad with tuna for lunch, salmon and veggies for dinner with nuts for snacks.

This would give us a macronutrient break down of 25% carbs, 27% protein and 48% fat.   The other advantage of eating more carbohydrates is that we can increase our fibre even higher, with this scenario giving 45g fibre per day to contribute to good gut health.

In the next article we’ll look at how we can use the food insulin index data to calculate the most ketogenic diet foods.