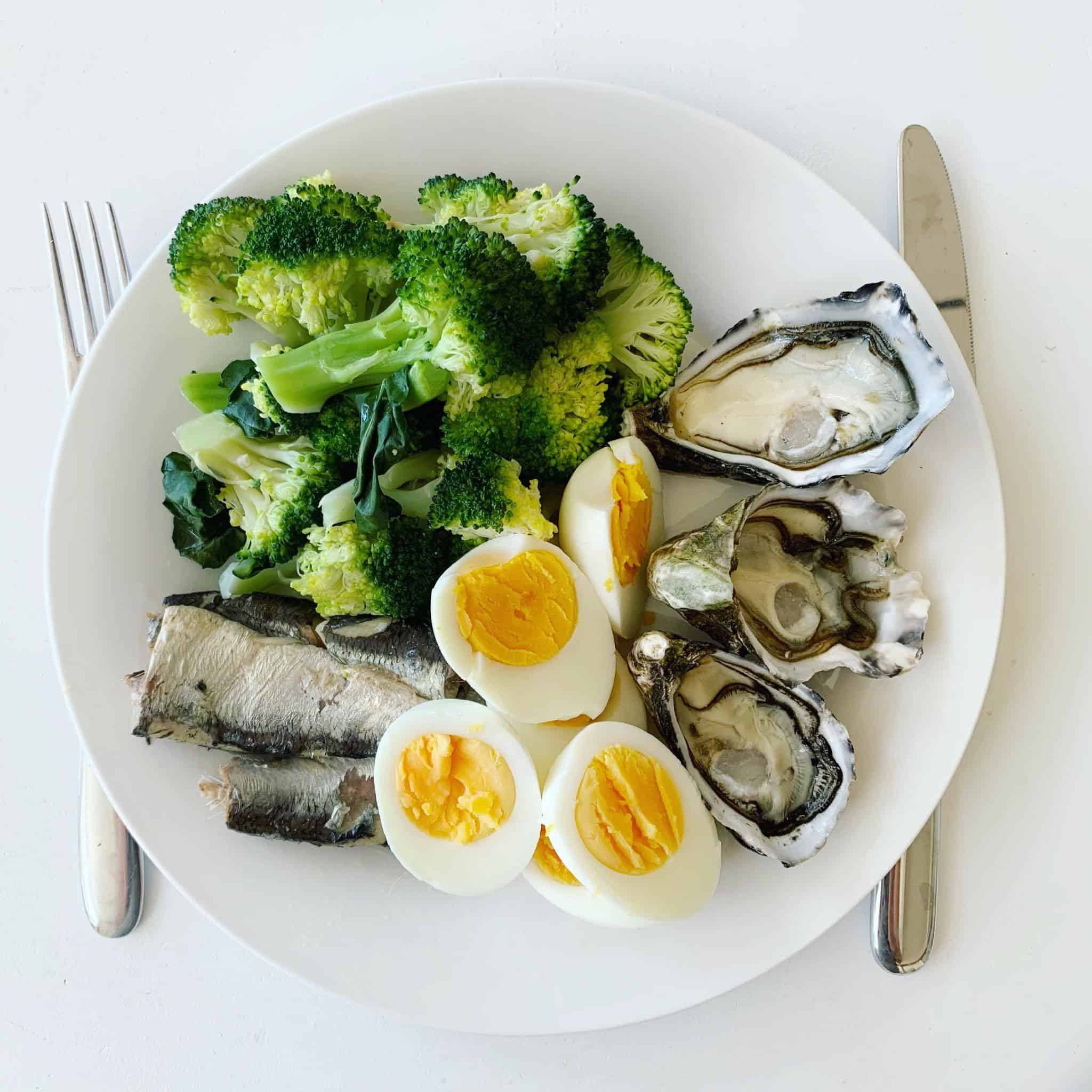 At first, sardines, oysters, eggs, and broccoli sound like a bizarre breakfast combination.

But given Dom is one of the smartest guys on the keto scene, it’s no wonder this unorthodox meal scored as high as it did in its nutritional analysis!

Before researching cancer and oxygen toxicity seizures for the Defence Advanced Research Projects Agency (DARPA), Dominic D’Agostino studied nutrition. He’s also rumoured to be capable of repping a well-formed, 500-pound deadlift for ten despite fasting for a week.

Physical and mental performance are undoubtedly critical to Dom, so it’s no surprise that he’s exceptionally intentional about his diet and what he puts in his mouth.

Dom says he aims for a ‘modified Atkins’ approach, with higher protein levels than the classic high-fat therapeutic ketogenic diet.

Dom first mentioned his favourite breakfast concoction during his initial interview with Tim Ferriss. You can check out that excellent three-hour podcast here. If you listen closely, you can hear the shock and slight repulsion in Tim’s voice in the soundcheck as he responds with, “Do you blend that up in the Vitamix?”

Despite his initial disbelief, Tim has now joined Dom in making sardines and oysters a regular breakfast staple and mentioned this recipe as one of the top 25 things he learned from his 2015 podcasts guests.

The Cronometer screengrab below shows the nutrients provided by 2000 calories of this recipe relative to the Optimal Nutrient Intakes.