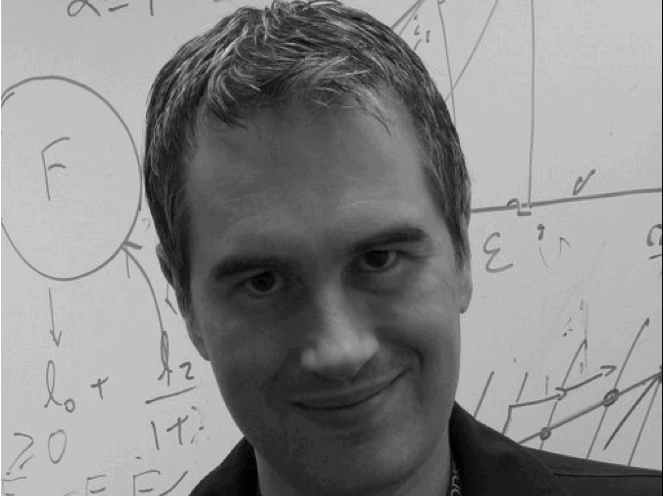 It may feel like you’re in a time warp or a bad diet-wars nightmare, but Kevin Hall just published YET ANOTHER study pitting the high-fat keto diet against a very low fat plant-based diet.

Social media is enraged again – it seems we’re living in a world where only controversy gets clicks.

I shared a link to the study in Optimising Nutrition.  The discussion went off!

This is obviously still a hot-button topic!

Confusion and controversy (rather than clarity) abound when it comes to keto vs plant-based/vegan diets, with passionate advocates still in the trenches at either extreme.

There are many similarities to Hall’s previous study in May 2020.  I discussed this study here.  But I thought it would be worth also looking at this study through the lens of satiety and Nutritional Optimisation.

I’m excited to see people thinking more about satiety, but the practical application is limited, as very few people live at dietary extremes.  Continually reducing nutrition to a plant vs animal or carbs vs fat dichotomy is a massive distraction!

What did the study find?

The study’s primary finding was that people ate 689 calories per day less over two weeks on the low-fat diet compared to the high-fat diet.

As shown in the chart below, both diets had similar pleasantness and familiarity scores (red = keto, blue = low fat).  Participants experienced similar hunger, satisfaction and fullness.

People were simply able to consume more energy in less time with energy-dense, high-fat meals. This should not be surprising given the high fat keto meals and snacks had twice the energy density (in terms of calories per gram).

Blood sugars were much more stable on the high-fat diet.  Fasting insulin levels dropped on both approaches (although slightly more on the low carb diet).

Ketones rose to the ‘optimal ketone zone‘ on the keto diet and fell on the low-fat diet.

Despite losing less fat, participants lost more body weight while on the keto diet, particularly in the first week.

The rapid loss of fat-free mass in the first week can likely be attributed to a change in water weight, not muscle (note: fat-free mass includes both muscle and water stored with glycogen in the liver muscles).

But the study only ran for two weeks!

The first limitation that everyone is quick to point out is that the study had twenty-one participants on each diet for only two weeks.

However, controlled Inpatient studies (where people live in a metabolic ward for a month and all meals are provided) are expensive so they tend to be time-limited.  Hall designed the study, not to test long term weight loss, but to compare how much people ate ad libitum (i.e. as much as they wanted) at the extremes of high-fat and high-carb.

Nearly no one eats like this in the real world!

Regardless of the study’s duration, I think the most important thing to note is that very few people sustain a 75% fat or 75% carb diet.  What was tested are dietary extremes that are simply not sustainable in the real world.

While the keto camp blames the carbs and the vegans blame the animal/saturated fat for our metabolic woes, our obesity epidemic has risen as refined processed food has become a similar mixture of carbs and fat together.

As shown in the histogram in the chart below (from our analysis of half a million days of MyFitnessPal data from ten thousand people) shows that:

When we look at fat, we see that:

So how do people eat in the real world?

They sidelined the strongest player!

Imagine you had a critical game where you asked the strongest and most talented player to sit on the bench while the little weak guys battled it out.  This is essentially what they did by locking protein at 15% in this study.

From a study design perspective, locking protein at 15% was reasonable in given:

However, as shown in the protein vs satiety chart below from half a million days of MyFitnessPal users, a higher % protein drives greater satiety.  Once we consume more than about 15% protein, satiety starts to kick in and we eat less.

In line with the Protein Leverage Hypothesis, we eat until we get the protein we need.  Hence, we tend to overeat foods that contain less protein per calorie.  If you want to increase satiety, you just need to dial up your protein % a little (by reducing energy from carbs and fat).

This is smart study design by Hall to compare the satiety of carbs vs fat.  But it has minimal use if you want to increase satiety in the most effective manner in the real world.

Why does a low-carb diet work so well in the real world then?

It seems that Kevin Hall demonstrated (irrespective of ketones, insulin or carbs) that a very low-fat diet outperforms a very high-fat diet in terms of satiety and fat loss.

So why then does a low carb or ‘keto’ diet work for so many?

I’m personally a fan of a lower-carb dietary approach as less refined grains and sugary foods tend to be less nutritious.  However, as detailed in Big Fat Keto Lies, ‘keto leads’ to many unfortunate misunderstandings that make it pretty much useless to guide our dietary choices:

As shown in the chart below from our analysis of the 1800 recipes undertaken to build our suite of optimised recipe books, reducing carbs tends to increase protein.  Each point on this chart represents a recipe we have analysed in terms of macronutrients and micronutrients.  This is why I believe that a lower carb approach works for so many people (not the increased fat or ketones).

If you look at things in terms of protein vs fat, meals with more protein tend to have less fat.  Unfortunately, there is little discussion in keto land about whether you require ketones from your high-fat meals or your body.

If you require elevated ketones for the management of Parkinson’s, dementia, Alzheimer’s or epilepsy, you want to dial up the dietary fat and drop the protein (i.e. move toward the right of this chart).

But if you’re part of the majority of the population who wants to lose fat from your body without being hungry all the time, then you should focus on a little more protein and a little less fat.  Rather than jumping to unsustainable extremes, all you need to do is make enough change to make progress.

If you wanted to do a head to head comparison, it appears that in a non-extreme diet context, carbohydrates are slightly less satiating than fat.  Fibre also has a small positive impact on satiety.  But protein (the big blue line on the chart below) is by far the most powerful lever we have available if you want to increase satiety to manage hunger.

Maybe there will be a day when nutrition is about getting the nutrients you need from the food you eat rather than extremes, hyperbole, fads, controversy or personality.

Unfortunately, we are probably always going to have personalities debating their pet theories at the extremes rather than providing practical advice that will lead to improved health (in terms of fat loss and reversing metabolic disease).

As discussed in my review of Hall’s previous study, it seems Gary Taubes has a great story narrative built around his pet theory that is in search of research to support it (i.e. the Carbohydrate Insulin Hypothesis that says if you reduce carbs and increase fat, you will reduce insulin and lose body fat and if you eat carbs you will release insulin to store fat).

As discussed in The Case for Keto by Gary Taubes… my thoughts, even though Taubes (through NuSI) funded some excellent research to test the Carbohydrate Insulin Hypothesis, his new book (The Case for Keto) ignores all that and continues to romance stories of the past without too much granularity or discussion of the studies he funded.

Then we have Kevin Hall, who carried out some of the research instigated by Taubes, continuing to undertake studies to try to kill the Carbohydrate Insulin Hypothesis once and for all.  To his credit, it seems more and more smart people, even in the keto crowd, are starting to let go of the belief that carbs raise insulin which stores body fat.

While amino acids (protein) have the most significant impact on satiety, our nutrient density analysis has shown that all essential nutrients have a positive effect on satiety.

Even more so than protein alone, foods with more of the nutrients you need for greater satiety.  As shown in the chart below (again, from our analysis of our recipes), a higher protein intake (up to around 50% of calories) aligns with a higher nutrient density.

When we look at fat, we see that nutrient density peaks at around 35% of calories.  When we move too far to the left, we tend to get less omega 3 and amino acids, so the score decreases.

The chart below shows all three macronutrients vs the Optimal Nutrient Intake Score.  Protein (red line) is the one macro that aligns with a higher nutrient density.  Higher fat meals (blue) are marginally more nutrient-dense than high carb meals (green).  But it’s the protein you want to prioritise if you want to move towards a diet with more satiety and nutrient density.

Hopefully, at this point, you’re not too overwhelmed by the numbers and analysis.  We understand that most people don’t like to quantify.

To help you navigate the macro and micronutrient jungle, we have put a lot of time over the past few years into developing a series of nutrient-dense recipe books to help people shortcut the process of nutritional optimisation!

Again, we don’t want you to think in terms of extremes or good vs bad.  You just want to move slowly towards optimal in a sustainable manner.  In our Nutritional Optimisation Masterclass, we guide people to gradually move from where they are to dial in their macronutrients and then micronutrients over six weeks.  The results are always exceptional as people identify the foods and meals they love eating that align with their goals and context.

12 thoughts on “Did You See the LATEST Animal Based Keto vs Low Fat, Plant Based Metabolic Ward Nutrition Study from Kevin Hall?”